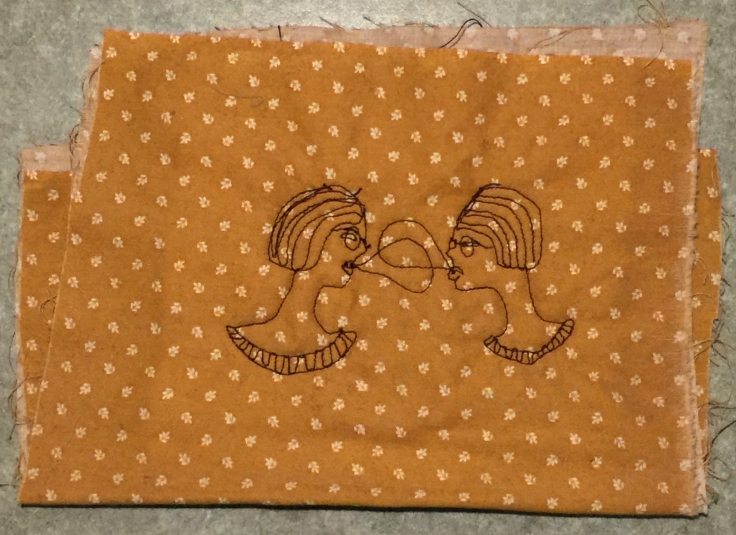 By most any standard, I’ve written a lot of songs. Once upon a time, I wrote songs because it felt doable at a time when writing stories and novels seemed far away and hard. Those days are long gone, but I still write songs… because I have ’em in my heart to write. I enjoy the process, and I enjoy the artifacts, and I enjoy the way they continue to evolve over time. Also, bands get tired of you pretending to be the singer if you never open your mouth and sing words….

From time to time, my band Tecumseh EQs goes out into the world to perform a little rock opera I wrote called “Bonnie Wipes It All Clean”. If you’ve made it to a show, you may have a copy of the “libretto”, but here it is in its entirety for everybody else.

Name’s Edgar, bro. I’m going places.
Top half of my class, video production at the State Uni-v.
I’m already hooked up, assistant to the assistant camera guy.
Representing at the local news tv.

Soon I’ll start my own company. You can do that now. You know, the Internet.
We’ll go viral when the time is right.
We’ll be even bigger than the cat that did the thing.
Even bigger than People of Walmart or Gangnam Style.

Guess we’re together. There’s something in her eyes.
She likes to walk. She’s walked a long, long way.
I met her in the park the other day.
She told me something I didn’t know how to take.

I’m not denying anything, bro. But sometimes you just gotta get on your bike and ride.
I like her eyes. I like them fine.

I’m not from around here, you know that Edgar.
I grew up all by myself in a house on a mountain.
I wasn’t raised by wolves. I was raised by Larry and June.
And Larry and June liked it up there, where they could do what they want without anybody to stop them.

It was a hate crime. No, not because they were telepathic. Jesus, Edgar, you know why.
Mom said it started when she was thirteen.
The voices of a thousand people, teeming in her head like the sea.
She found Dad and they never looked back, they never looked back.
They went up into Montana and they never came down.
Nothing but tourists to muddy the quiet in their heads.
I grew up in the Quiet.
When they talked, it went in to my head like a knife carving a jack-o-lantern.
And they got at what I thought like scooping out the seeds.
They didn’t think we’d ever come down (we’d ever come down).

“I fell asleep with House on, knitting a pot holder.
I woke up in somebody’s kitchen. I woke up in somebody’s skin.
I needed a toupee, boxer shorts, had a mustache.
My ID said Jim Largent, and I fainted away.
But it happened again, and I started to feel it.
Like a million tentacles going out from my brain.
It felt like the best parts of crème brule and orgasm.
It felt like getting bigger, not fading away.”

“Babe. You sit down. We’ll get you my best bud’s doctor.”
“Shut up. You don’t listen. You said you believed me
When I told you about Larry and June.
This is just their surprise. It’s the thing that’s been waiting to light up my eyes
And to tempt me to sin.
It happened again, and I started to feel it.
Like a million tentacles going out from my brain.
It felt like the best parts of crème brule and orgasm.
It felt like getting bigger, not fading away.”

I saw the news today, oh boy.
There’s something happenin’ on Bonnie’s side of town.
I saw the map of the white-out, like a dinosaur egg that won’t hatch, it just keeps growing.
At first, they sent in the smokies, the EMTs, the S.W.A.T. team,
but now there’s nobody left who’ll go. They wander out like harmless zombies
sometimes humming that tune that Bonnie always gets stuck in her head.

They like to knit a little, walk on the beach,
go to the movies. She’s helpless.
They don’t die, but she’s there looking out
looking out of all of their eyes.
It’s a corporate takeover.
She says she doesn’t mean anything by it.
She says she’d stop it if she could.

The cops and Neil Tyson traced the shell of her dinosaur egg.
I thought it was over, I thought she’d turn herself in.
But she put on her shoes, unplugged the toaster, and just started walking.
She doesn’t get tired like me, glad I’ve got my bike, bro.
We spent the night in the office of an ice cream cone factory.
Somehow the old credit card trick really worked. She was holding my hand, you know how it goes.

Sometimes I think I could really make it work with this girl.
But then I wake up and she’s already out of bed and back on the road.
At first, they sent in the smokies, the EMTs, the S.W.A.T. team,
but now there’s nobody left who’ll go. They wander out like harmless zombies
sometimes humming that tune that Bonnie always gets stuck in her head.

Something happened to the wireless on my phone.
I don’t like TV, I don’t wanna see.
I’m not looking in the mirrors I’ve got.
Something more bad is happening.
She won’t talk about it.
They all run together like ice cream.
Slow move like glass. It’s like she
snuck in and managed to be their ancestor.

Even Mom had those eyes when I saw her last.

Lost Bonnie in Wheeling when a storm made ugly mud of the hill by the big bridge.
I wiped up and woke up in the mud room with Pearl.
I woke up in the mud with Pearl.
She looked like Bonnie, she looked like my girl.
They must have been like sisters, now it was like they looked in mirrors.
We’re not gonna make it—I still love my Bonnie—
But my Bonnie lies over an ocean from here.

And there’s something to be said
When the light in her eyes doesn’t mean we’ll all die.
Gotta be a good guy, so I told Pearl goodbye.
She said, “Shouldn’t I turn you in?”
She was reading a book that she put on the stand.
Maybe she isn’t my kinda girl.
Maybe they aren’t my kinda eyes.

Things don’t look too good outside.
I don’t know who I’m looking at most of the time.
When we made it past the Ohio line,
I never thought we’d make Columbus.

They say LeVeque Tower was
The tallest building in C-town once.
They say a lot of things. Left my bike chained at the base,
then followed her like King Kong after the girl.

Granddad’s face has changed.
He doesn’t know what’s happenin’ to him.
We left three cities in blackout. TV and radio gone.
“Isn’t that better?” she says.

Destruction didn’t seem like it knew when to end.
Knew I had to swing for the fences then.
Thought I coulda worked it out with that girl.
Had to throw her from the 37th floor instead.

She made a sound I didn’t like on the way down.

I went looking for Pearl.
We’re waiting to pick up some kinda signal.
I’m starting to know that this just won’t work.
Pearl’s eyes aren’t as big, and they aren’t as dark.